In case you missed it, Amazon is taking names and going after fake review deal groups on Facebook.  In a recent lawsuit filed against 11,104 Facebook group administrators and moderators, Amazon took meaningful action against groups that facilitate fake reviews.

The lawsuit includes an injunction, so if the judge orders, the groups will be closed immediately by Facebook. Of the 10,000+ groups, Facebook has already removed approximately 5,000 for violations of its policies.

How does this lawsuit affect Amazon sellers?

This lawsuit will impact Amazon sellers in obvious ways like getting their accounts banned if they are in those groups, and in less obvious ways by removing the buyers’ reviews from Amazon. All of them. Even if you’ve never used these groups, you may lose reviews because some of your organic reviewers are bad actors. While this lawsuit is against FB group administrators and moderators, you can expect they will be coming after sellers next. Once they get the brand names and professional reviewers from the administrators, suspensions will be immediate.

Will Amazon allow these sellers/brands ands buyers to get reinstated?

Unlikely.  Amazon was clear about their intentions. It’s not just the Facebook groups that will go away. It is not clear if they plan to sue the sellers or just ban them from Amazon.

They also reiterated that stamping out fake reviews requires participation by all interested parties. Does this mean Amazon will be sharing names of brands and reviewers participating in fake review groups with other platforms? They could.

While this is a civil lawsuit, are there possible criminal ramifications?

Yes. The FTC will surely be interested in what evidence Amazon has collected and possibly federal prosecutors as well. Amazon has stated that they will cooperate with other “stakeholders” in the battle against fake reviews.  The sheer volume of group sites is enormous.  While brands are possibly involved in multiple groups, I imagine we will be staggered by the number and names of brands that are paying for reviews.  Fake reviews are a federal crime. These administrators could be prosecuted for organized crime as could all the members.

Will Amazon sue for damages?

Of course.  Millions of buyers on the platform have been defrauded. They are establishing a “constructive trust” for the money. It is unclear if they intend to additionally sue brands and reviewers.

This lawsuit is a two-edged sword for Amazon. They are taking a powerful step to protect buyers, but people are also going to see just how massive the problem is on Amazon. It may change some buying habits.

Can Amazon sellers file suits against competitors for faking reviews?

They could. Sellers have been badly damaged by these bad actors who broke the law, but if Amazon sues first there won’t be any money left. While lawsuits are public, probably some evidence will be sealed or not revealed until trial.

While I anticipate some innocent sellers, buyers and brands might get caught up in this through mistaken identity, I applaud Amazon for finally doing something meaningful about fake reviews. Like polite 👏 because they could have done this years ago.

The FTC and Congress are making them nervous as is the unending negative media coverage and pressure. For honest sellers this is great news. You can read the complete lawsuit here.

Like cockroaches, unless there are real consequences, these bad actors will scatter and set up shop elsewhere. Reviewers will find them. The problem isn’t fixed. It’s a good start, but if this is just a publicity stunt to appease Congress, it won’t have a long-term impact. 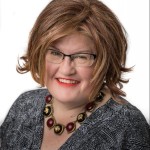 What Amazon Sellers Need to Know About Product Recalls The Shadow Economy of eCommerce

Outsourcing amidst the Pandemic